The Bitcoin Guide to Real Estate 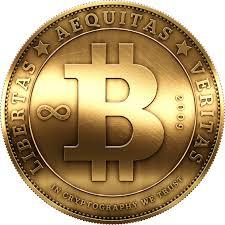 Bitcoin, a digital currency, has received a flood of media attention due to its meteoric rise in value.

The novelty of Bitcoin’s story is attractive — a currency not beholden to any central bank nor any state.

Early adopters who bought Bitcoins one year ago for a song are now holding onto a currency worth 1,413% more – a return that’s not too shabby at all.  Although thrillingly for observers, Bitcoin is proof that a viable digital currency could take off in the near future.

Bitcoin users need an e-wallet to receive and pay Bitcoin transfers. Without an e-wallet, it would be like expecting to read an email without having an address. Transactions are verified through the Bitcoin network.

Bitcoins can be received by a direct transfer to your e-wallet from another person or bought from one of the many online exchange platforms, such as Mt.Gox. Selling them can be done through the same mechanisms.

The most interesting aspect of the Bitcoin is that they arrive in circulation from users who run software that solves mathematical problems to ‘mine’ them. Bitcoins are capped at 21 million by the far-off year 2140. There are just over 10 million Bitcoins in circulation today.

In the early days, Bitcoins could be pretty easily mined using the average home computer. But the competition and mathematics behind the mining process have become far more intense, requiring banks of computers and vast amounts of electricity to mine coins. But, with around 7,200 Bitcoins being mined each day this year, it’s no wonder that mining is becoming a commercial activity for those with deep pockets and plenty of hardware.

The European Banking Authority said there was no protection or compensation for people whose “digital wallets” are hacked, a transfer of virtual money goes wrong or a platform is shut.

“Currently, no specific regulatory protections exist in the EU that would protect consumers from financial losses if a platform that exchanges or holds virtual currencies fails or goes out of business,” EBA said in a statement.

Bitcoin is unregulated.  It is not backed by any central bank or government, or by physical assets. Its value depends on people’s confidence in the currency.

It has been gaining acceptance by the general public and investment community but has yet to become an accepted form of payment on websites of major retailers such as Amazon.com.

The watchdog has been studying virtual currencies for three months and is still considering whether they can or ought to be regulated. It has powers to ban them, though questions remain over how this could be done in practice.

Can you buy a house with Bitcoin?

Buying property with Bitcoin is already a reality.

There are handful of properties listed in Spain, Portugal, Panama, USA, Germany, Argentina and Thailand which are being marketed in Bitcoin.

The attraction for selling/buying a property in Bitcoins is that since a bank isn’t involved, using Bitcoin can have fewer fees than traditional transactions.

But using a crash-prone currency to conduct real estate business seems to be high risk.

The most recent crash was spurred by an announcement that the biggest Bitcoin startup in China, called BTC China, would no longer accept deposits in Chinese currency (the yuan).

This crash caused the BTC value to literally drop to 50% overnight.   It seems implausible to sell a high value commodity – a property, using a currency whose value is so volatile.

To tackle this obvious issue, vendors who are marketing their properties in Bitcoins state that the Bitcoin price will be determined by the average exchange rate on the day the sale closes.

Tellingly, no properties have yet been sold in Bitcoins but never say never.

My feeling is that marketing a property in Bitcoins is more of a marketing ploy to cash in on the current high levels of interest in Bitcoins as a trending topic, more than a serious sales tactic for the buyers’ benefit.

It’s early in the history of Bitcoin and in digital currencies in general but I feel safe saying that the financialization and stability requirements of commercial real estate transactions — transactions that rope together so many skill sets and variables as it is — mean this industry isn’t likely to embrace Bitcoin with the same enthusiasm that other business sectors might; A currency that sheds half its value overnight just doesn’t make the grade.