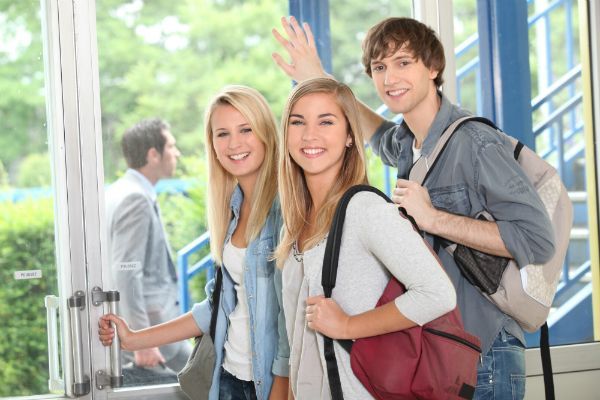 Parents relocating to Southern Spain with a family do not need to worry about compromising on quality education for their children. With a foreign population in excess of 20 per cent, it is unsurprising that the Costa del Sol boasts over two dozen International (private) Schools, with Marbella having the third highest number in Spain after Madrid and Barcelona.

Whilst some expats take the option of the Spanish state education system, many are reassured by the positive benefits of an International School in Costa del Sol. Most are British schools, for example the first established British school in Marbella, Swans International, which dates back to 1971. Like other quality schools, it is a member of the National Association of British Schools in Spain, which means it is subject to regular inspections.

The Schools generally follow the UK curriculum, but many, such as the Aloha College in Marbella, also teach the International Baccalaureate as well as the local qualification, the Bachillerato. Most also offer a bilingual study programme. Students therefore gain language skills and qualifications that can open doors for future study and work all over the world. Academic standards are high, for example students of the English International College in Marbella graduate to prestigious universities around the world such as Yale, Madrid and Oxbridge.

It is not just the academic international aspect that provides an advantage for pupils. The schools are truly multi-cultural, with most having on average, like Laude School in San Pedro de Alcantara for example, a mix of around 40 different nationalities. This promotes invaluable lessons in tolerance and understanding of different cultures and religion, as well as a practical worldwide network for the future.

Class groups are generally small, and teaching methods modern, relaxed and tailored to individuals. A further benefit is the range of additional activities. The British School of Marbella, in the town’s centre, prides itself on the development of pupils through a range of arts activities, and holds a popular talent show each year. At the Mayfair International Academy of Marbella, soon to be moving to larger premises on the border with Estepona, pupils can enjoy fencing and show-jumping alongside more conventional after-school classes. The Sotogrande International School offers activities such as scuba diving and polo and is unique in running its own NGO, the Kindred Project.

Despite the international focus, students are not distanced from the country in which they reside … Spanish attendance is increasing as local parents observe the quality of education and prospects the schools offer; and the schools ensure they maintain links with Spanish culture, through, for example, flamenco and other classes and the celebration of traditional Spanish fiestas.

For parents considering which international schools is best for their child, key factors to consider are: Academic record – will the school not only help your child to meet their potential but also to access appropriate higher education, for example university in Spain or abroad? Facilities – is the learning environment comfortable, and does the school meet your requirements for sport, technology or other facilities for your child? Location – test the route from your home or find out what transport is offered.
Overall, the best advice in deciding on a school is clearly to visit the different establishments, particularly as there are tuition fees to consider and additional costs such as uniform, books and materials. As well as holding formal open days, the schools are happy to invite families to visit, to feel the atmosphere first-hand and to discuss which would suit a child and their individual needs the best, to work together to provide a happy and fulfilling platform for their future.